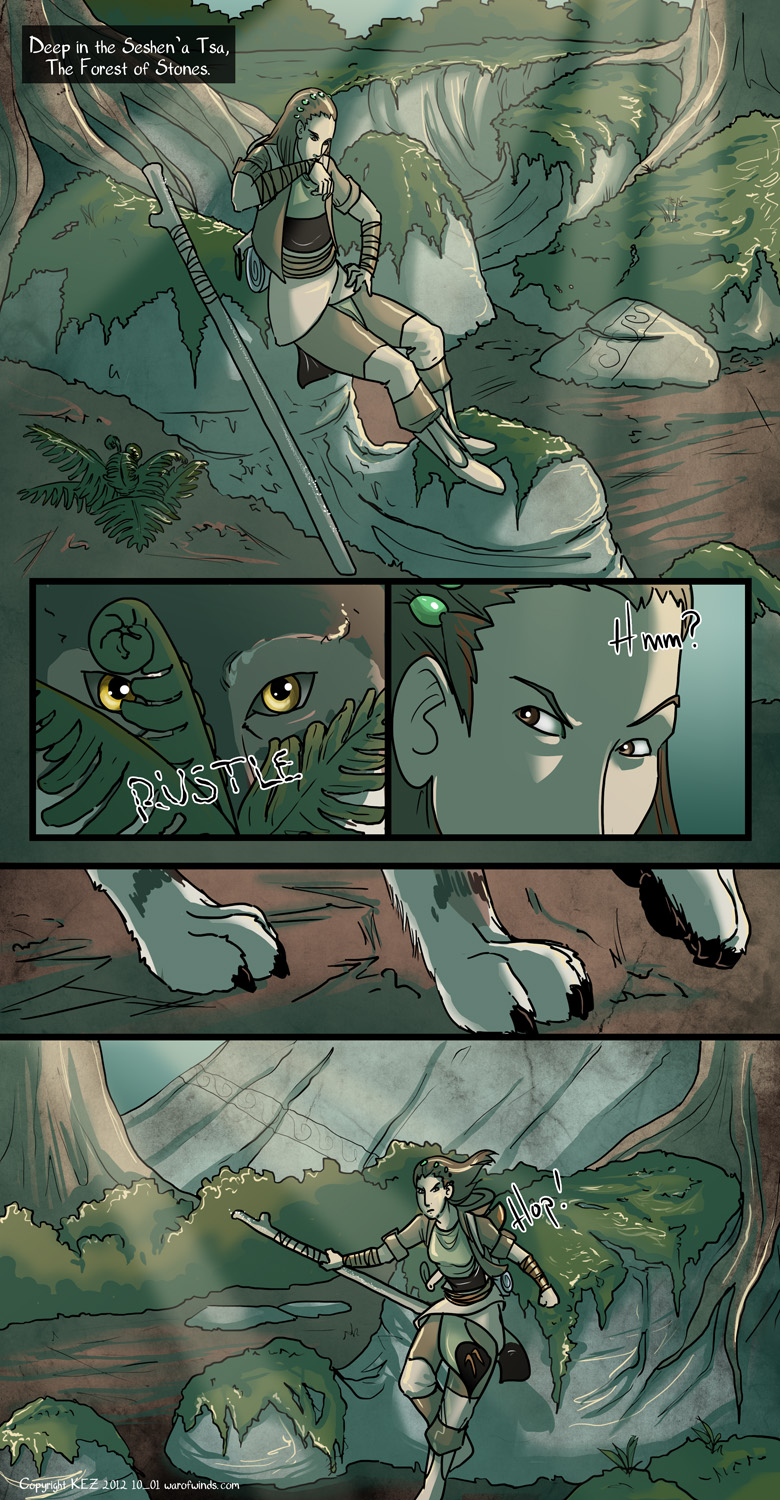 You can vote to see a sketch of the next page a week early.

Last week's news if you missed it; nothing new this week. Thanks for the support and emails everyone <3:

Well, I promised a big announcement, and here it is. This chapter featuring Relan and Fen Aya Zen (the stars of the origin story Not Alone) will be the final illustrated chapter of this comic. I'm tired. Eight years now I've been doing this comic, and quite frankly, I'm sick of it. I never even meant for it to get this far. As I stated way back in chapter 8, the original goal of this comic was only to get to the end of book II. It was never to get into book III. Why? Because the story would take forever. This is not my job or my life and actually has been taking up a lot of time in both. I said, also previously, that I would definitely get to the point in the story where Relan and Fenni were introduced, and so I will be completing this chapter.

No more comic after the close of this chapter (Chapter 10 part I. Not doing II and III).

I am tired of banging my head against a wall and thinking if I keep doing it, it will feel better. That's crazy and dumb.

I've been uphappy with this comic a long while. I used to be kind of proud how things had changed in 8 years. I am certainly proud of how I've grown as an artist and a comic artist. But the lack of consistency bugs the crap out of me. I see mistakes, and I want so badly to fix them, but this comic has ALWAYS been a battle of ambition vs time. Time is the much more limited resource and I came to the realization a looooong time ago this comic would never be able to be what I wanted it to be.

But never in a million years would I leave the few readers still enjoying this comic hanging. I will tell you how it ends. There will be both a concise summary/flow chart thing for those who do not want to read the written chapters, and also the written chapters.

'Cause look, this story was originally a novel, and I really want to get back to editing it. And I don't mind sharing the whole novel with people who want to read it. I will even likely insert illustrations into PDF chapters and EMAIL it to those who want them. What I will NOT be doing is posting the written chapters here on the site.

Now, a bunch of the novel is already posted on the novel site up to like, chapter 7 or something. I'm only up to chapter 10 part III in the editing. When the chapters are edited, I will make them available. Hopefully it will be a monthly thing, but I'm also entering my second year of med school, so I'm not promising a schedule...which is why the summary of events will be up immediately upon the completion of this chapter.

Guys, I'm not even sorry about this. I've been wanting to end this comic for months now. It's a time-sink like none other. There's no return on investment. It's a dead-end. And while I'm flattered some of you have been reading this work for many, many years, please do not ever think that means I OWE YOU. Because I don't. I can't even count the amount of time I put into this project. Or the money. Or the frustration. Or the things I turned down to cram a page out. No one OWES anyone. I made it for free, you enjoyed it for free. The End.

All of that being said, there are still quite a few months of comic left. This chapter, if I keep on track, MAY be finished by the end of the year.

EDIT: What it Takes is unaffected by this decision.